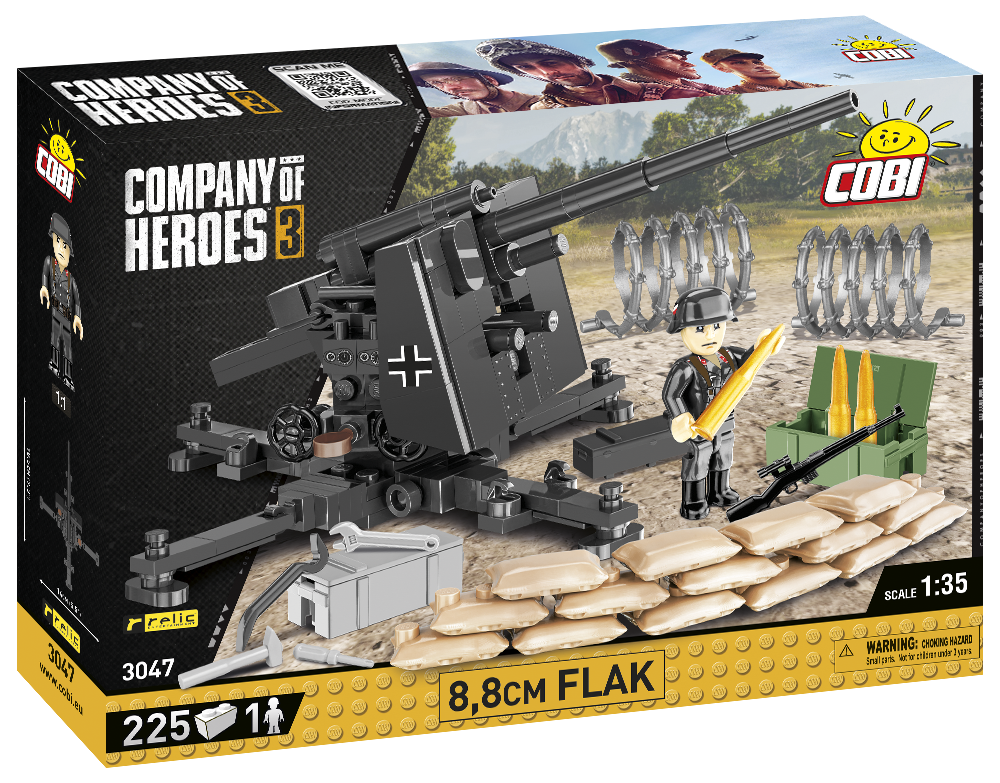 The 8.8 cm Flak is a German World War II anti-aircraft gun that successfully destroys ground targets. It was one of the most effective types of German weapons from WWII. In Company of Heroes 3 it is the terror of the allied tanks. Clash it with Shermans or Churchills from our collection!

The 1:35 scale cannon consists of 225 elements. The set includes a rotating cannon with a movable barrel, plenty of sandbags to build a fortified post, crates, ammunition and tools. The set includes an awesome Luftwaffe gun crew soldier figure, outfitted with a helmet, belt with a can and canteen, and a rifle Rifle 43. High quality prints that will not wear off and recreate the details of the cannon and soldier’s uniform are part of the set, including a very attractive print on the back of the soldier.

Company of Heroes 3 is a real-time strategy game (RTS) developed by Relic Entertainment and published by Sega. In Company of Heroes 3, players take on the role of the Allied forces during the invasion of Italy and during the North African campaign. Released in 2006 and 2013, the first two parts of the game were very successful and won the recognition of many players! Certainly, the third and latest installment of Company of Heroes will become a must-have for all fans of RTS strategy, as well as history and military enthusiasts.