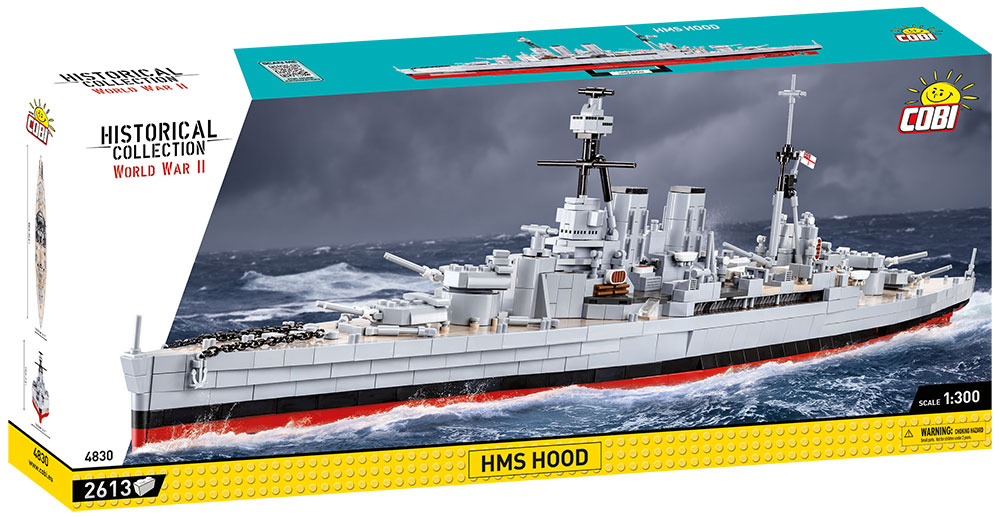 HMS Hood was a British battlecruiser from the interwar period and World War II. Launched in 1918, it entered service two years later. It was 262.3 meters long. The main artillery armament of the cruiser was eight BL Mk I guns, caliber 381mm. In the interwar period, the cruiser, as the largest ship in the world, was the showpiece of the Royal Navy. After the outbreak of World War II and the defeat of France, she was transported to Gibraltar, where he joined the Force H. On May 21, 1941, accompanied by the battleship “Prince of Wales”, she set out on her last voyage. Three days later, British ships clashed in the Danish Strait with the German battleship Bismarck and the accompanying heavy cruiser Prinz Eugen. After a short artillery duel over a long distance, the well-aimed salvo caused an internal explosion in the stern of the Hood, which completely destroyed the ship. Out of the 1,418 crew, only three sailors were saved. The sinking of Hood caused a shock in Britain.

The block model HMS Hood was designed in a scale of 1: 300 and faithfully reproduces the details of its historical inspiration. The block battleship is 88 cm / 34.6 “long and 22 cm / 8.7” high. It has many moving parts, such as deck guns, rotating artillery towers, rudders and propellers. The model has been covered with high-quality prints imitating the equipment and camouflage of the ship. The prints do not wear off even during intensive use. The ship will surely delight any history, military or maritime enthusiast. It will look great on a desk, in a bookcase, in an office or in the room of a young brick enthusiast.