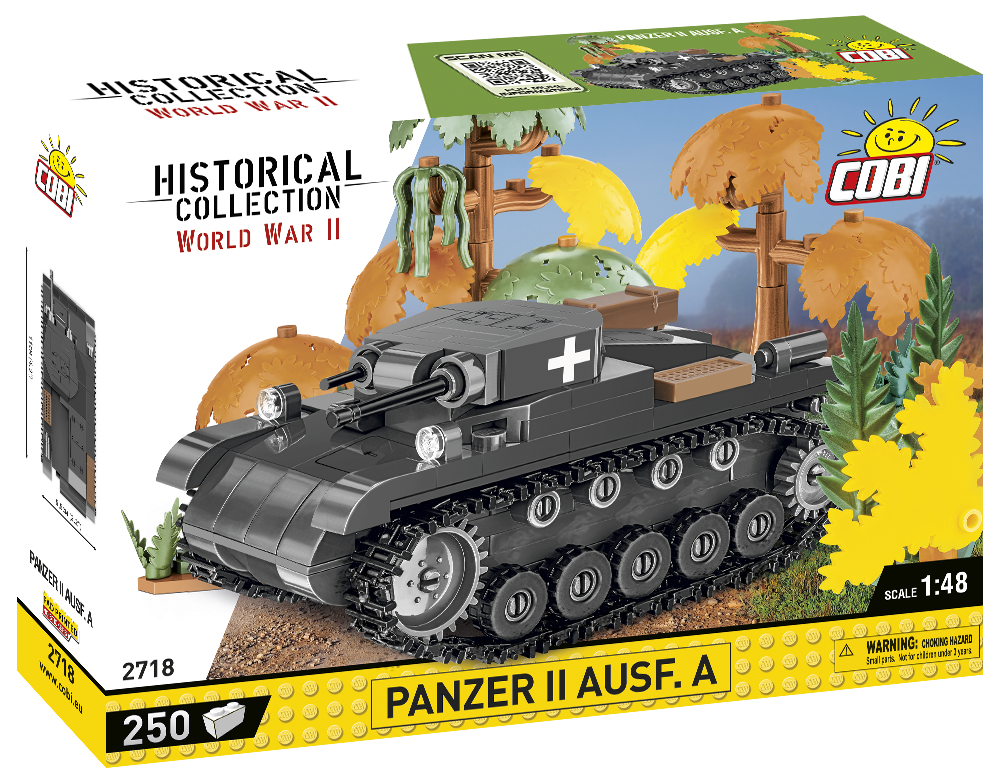 The Panzerkampfwagen II was a German light tank used in the first years of World War II. Until 1941, it was the main tank in armored divisions. Starting around 1942, due to the weakness of the armament, it lost its importance. It was used for reconnaissance and counter-insurgency tasks. A dozen or so versions of the PzKpfw II were created during the war. They were used until the end of hostilities on all fronts.

A miniature vehicle made of COBI construction blocks was produced in the completely new 1:48 scale. The tank comes with elements of the environment in the form of block vegetation, so sought after by fans of blocks! The set is easy to build, so it’s perfect for the beginning of the adventure with Polish COBI construction blocks. It has a movable cannon, a rotating turret and working caterpillar traction. All graphic details are high-quality prints that do not wear off even during intense use. One of the advantages of the set is a design that uniquely reflects the original shapes of its historical inspiration. The Panzer II tank model will be perfect as a toy, but also a unique element of any collection of a fan of military and armored weapons.

• The blocks meet the safety standards of products for children

• Fully compatible with other brands of construction blocks

• Elements of the environment and vegetation