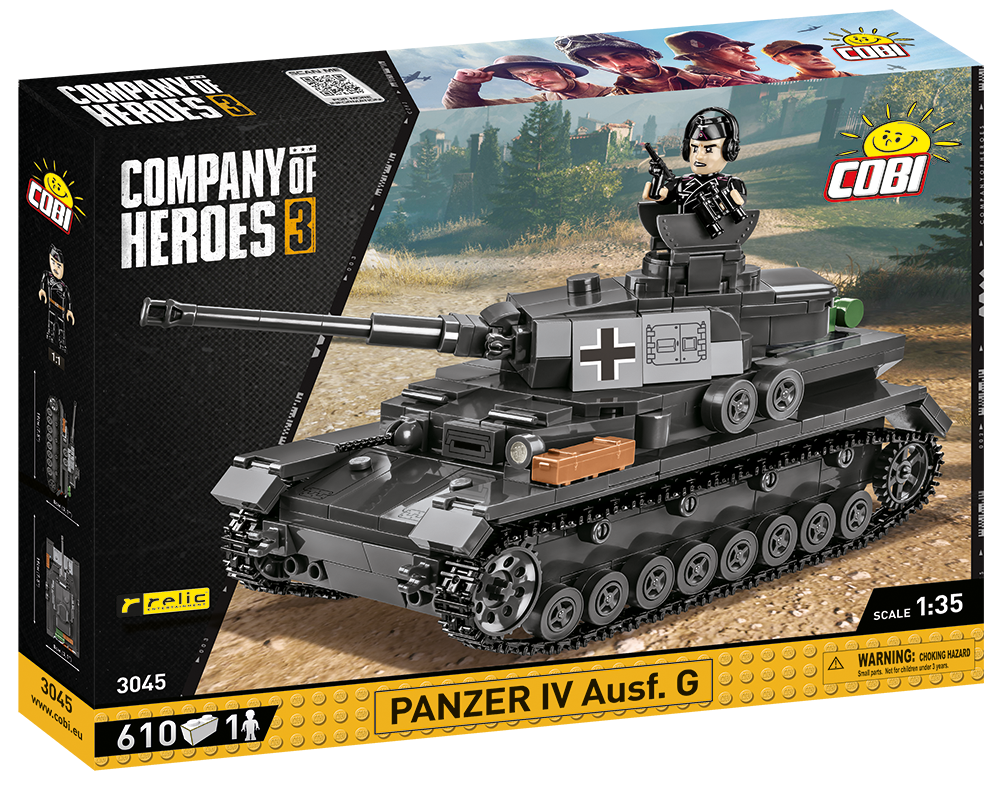 A staple German WWII tank and a bold statement from the Axis against the Allies in the Company of Heroes 3 video game! For the first time in COBI history, a tank in 1:35 scale matching the figures, the sensational Panzer IV is equipped with working tracks, a movable turret, a barrel and an opening hatch. There is a block-built engine under the service hatch that can be opened! The set includes a figure of a German tanker equipped with a cap with a print, headphones, binoculars and a Parabellum personal pistol. The bricks feature high-quality prints that reflect the tank’s markings and details as well as the details of the tank commander’s uniform. The set has been developed with attention to detail and is also a great addition to the popular Historical Collection series! Fans of history, bricks and virtual entertainment will absolutely find something for themselves here!

The Panzerkampfwagen IV was a German medium tank produced during World War II. It was one of the best armored vehicles of that period. Many different versions of this tank were designed and built. Numerous variants differed in armor thickness and weapons. Throughout the production period from 1938 to 1945, the Panzer IV was a Main Battle Tank. Until 1942, it was the heaviest tank of the Third Reich.

Company of Heroes 3 is a real-time strategy game (RTS) developed by Relic Entertainment and published by Sega. In Company of Heroes 3, players take on the role of the Allied forces during the invasion of Italy and during the North African campaign. Released in 2006 and 2013, the first two parts of the game were very successful and won the recognition of many players! Certainly, the third and latest installment of Company of Heroes will become a must-have for all fans of RTS strategy, as well as history and military enthusiasts.