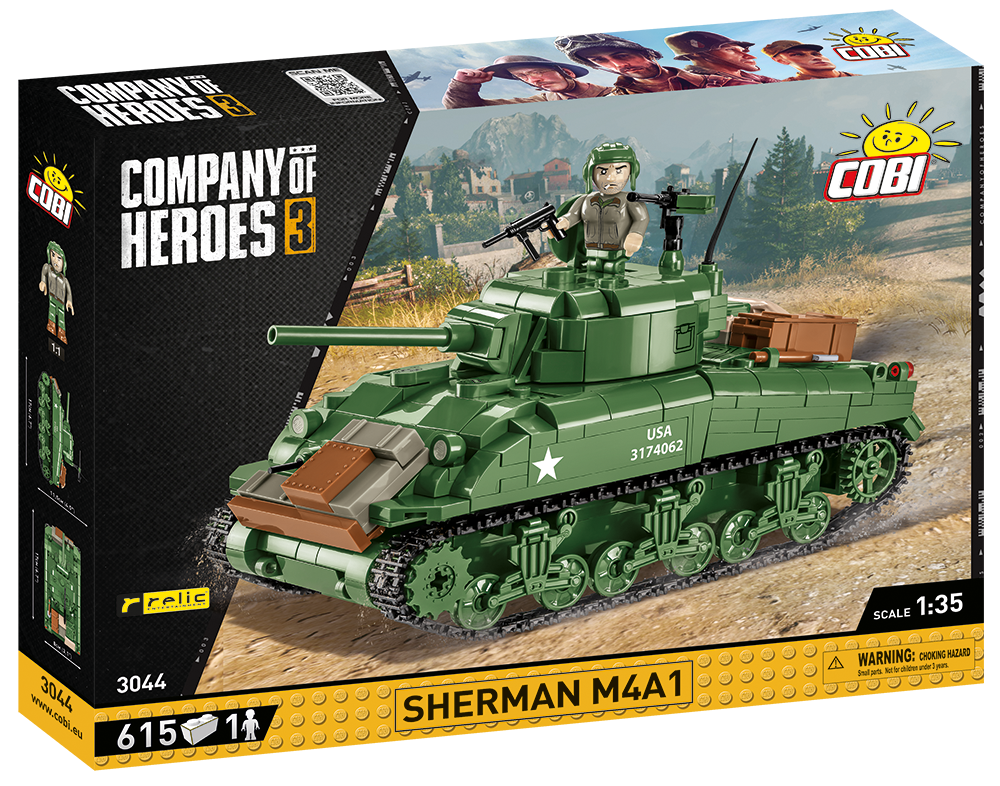 The M4 Sherman was the main American medium tank produced during World War II. It was used by, among others, the USA, Great Britain, Poland, the Soviet Union and Canada. Due to it being armed with a 75mm M3 gun and its reliability, excellent design and low cost of production, the Sherman was effective on all fronts of World War II. In Company of Heroes 3, it faces, among others, the Panzer IV, which we also released as part of this collection!

The block-based Sherman has been carefully designed in a 1:35 scale using 615 elements. The tank features working tracks, rotating turret, movable barrel, opening hatch and a service hatch with a block-built engine underneath. The set includes a figure of an American tanker with a headphone and a M3 sub-machine “grease gun”. The bricks feature high-quality prints that mirror the tank’s markings and details as well as the details of the tank commander’s uniform.

The set has been developed with attention to detail and is also a great addition to the popular Historical Collection series! Fans of history, bricks and virtual entertainment will absolutely find something for themselves here!